She said to me
"You're crazy!"
and I rebutted
"Love is crazy. So crazy is the destination."

Inevitably you'll have arguments
"but I asked you if you had to go before we passed that last rest stop"
and
"you didnt hear me say turn off on Interstate 4? Now we're in Virginia!"
but those are to be expected

If you can avoid the urge to call it quits and bus it back to homebase
remember to be considerate
compromise when you can......even when you think you're right
and maybe just learn to bite your tongue a bit
when they're driving too fast or too slow for your personal taste
you'll make it to Crazy, California in no time

Play It For The Jury, The Defendant, & The Plaintiff.....

For those keeping tally, you can add another 'L' to audio/video recordings' record in court trials. 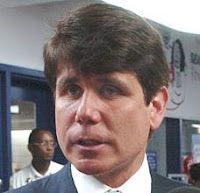 Disgraced former Illinois Governor Rod "Nest Hair" Blagojevich was convicted on 1 of the 24 charges against him. That one charge was lying to the Feds. Now that carries a potential maximum sentence of 5 years but let's keep it real........son shoulda been convicted and thrown under the jail! We'll see what happens with the impending retrial but now......he's at home watching Letterman with his feet up.
Do they not have him on tape saying "SOMEBODY gon hafta pay me for this Senate seat!"? Obviously having a crime or confession of a crime on tape doesnt hold the weight we thought it did.

If I decide I'm gon get down with the "Crime Pays" movement I'm gon tape all my dirt and then play "Play It For The Jury, The Defendant, and The Plaintiff" b/c having it on video apparently doesnt mean shit. 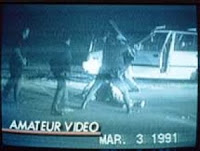 In '91 damn everybody in the world saw Stacey Koon, Lawrence Powell, Theodore Briseno and Timothy Wind beating the living snot out of Rodney King......ON TAPE! But as sure as water is wet, they werent even convicted of excessive force. And had the LA Riots not kicked off in the aftermath of that trial, the civil suits that followed may not have seen the light of day. 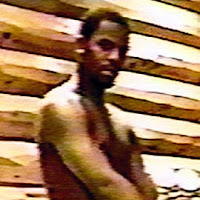 If you saw the R.Kelly tape, two things are crystal clear.......... 1. That girl in the tape was clearly underage! And 2. That's R.Kelly in the tape! Mole my ass. We know what the fuck R. Kelly looks like! There was no doubt it was him in the damn tape! And yet....he was able to skate.

And then there's the Oscar Grant trial. Multiple videos show Grant on his stomach, face down, arms behind his back, and yet BART officer Johannes Mehserle shoots him in the back anyway. Mehserle now faces awaits sentencing on a involuntary manslaughter conviction, but hey that's a lot better than a first degree murder conviction, right?

So obviously much like the fictional song in the "Story of Gangstalicious" episode of "The Boondocks", the District Attorney can "Play it for the jury, the defendant, and the plaintiff....court reporter AND the baliff!" and it still wont matter. Because when the jury is left to decide whom they believe more : the flashy and engaging defense attorney or their own lying eyes......most times they dont believe their own lying eyes.

Are you genuinely shocked that Laurence Fishburne's 19 year old daughter Montana has elected to pursue fame by introducing herself to the world via the star-making conduit known as "the sex tape"?

No....really, you're shocked for real?

Montana has repeatedly been quoted as stating that she is taking the Kim Kardashian route to fame. I swear 'fo Jesus I have been telling my friends for a while now of how I don't at all dig the fact that Kim Kardashian not only put herself on, but her whole gottdamn family!!!!!, on account of her sex tape being released!

She then spun the publicity from the sex tape into forays into film, tv, fashion, and lots of other shit. Yall have ate it all up and made this chick a celebrity. I mean she's made a freggin empire! So what's that say about our society? 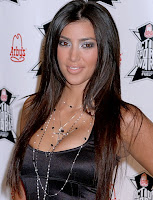 The fact that yall are "Keeping Up With The Kardashians" is why Montana thinks this shit is viable. She has been watching all this shit unfold for the last 3 or 4 years and these Kardashian chicks get love like they're the fucking Kennedys and you're in disbelief?

There are other Montana's out there. The only reason this is so newsworthy is because she has a famous actor daddy that may have been able to pull some strings and get her auditions if she so chose. She decided that shit'll take too long and busting down on tape is way to go.

So the moral of the story is......if we stop making these talentless celebutantes famous for nothing other than having inherited money and fucking on tape, maybe we'll be able to save the 16 yr old that's currently watching all this go down, who cant wait to turn 18 so she can put herself on in the same way.

P.S. Lemme just add that I don't blame Kim Kardashian. She's done nothing but run with the fame and notoriety bestowed upon her. It was never her intent for the sex tape to be released, but it was and it made her famous. That's on us, not her. I didn't even know who this chick was until the sex tape came out. Hell, I remember when it was referred to as the Ray J sex tape.